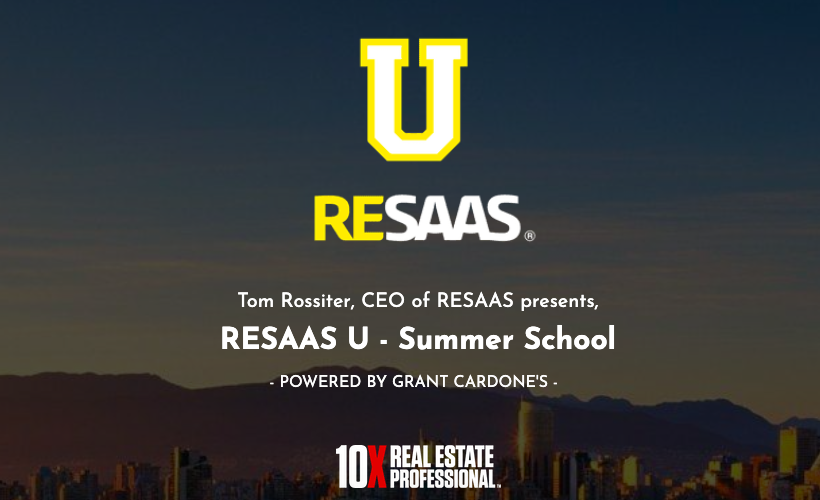 VANCOUVER, B.C. (June 19, 2020) – RESAAS Services Inc. (TSX-V: RSS, OTCQB: RSASF), a technology platform for the real estate industry, is pleased to announce that the first class of the previously announced RESAAS U, an online education and training environment for RESAAS agents, was sold out.

Registration for the first class was limited to 1,000 RESAAS agents, which was successfully sold out within hours. The class was delivered via a live Zoom video call.

Mark Choey co-founded Climb Real Estate, an award-winning real estate brokerage which ranked in the top 250 brokerages nationwide in the United States within 6 years of launch, before it was acquired by Realogy.

Prior to founding Climb, Mark was a top producing REALTOR, ranking #2 in condo sales in all of San Francisco. Mark now runs HighNote, a new tool for agents to win more listings, buyers and offers. Mark has delivered keynote presentations at Inman Connect, and is a member of Zillow’s advisory board.

RESAAS U provides RESAAS agents with proven strategies from the “10X Real Estate Professional”, a previously announced partnership between RESAAS and Grant Cardone.

“There is clear demand from RESAAS agents for world-class learning and education,” said Tom Rossiter, CEO of RESAAS. “RESAAS U will create success through digital online training.”

Following the completion of the RESAAS U 4-part Summer School series, an 8-week paid-for Masterclass series will be launched by RESAAS.

RESAAS Announces Launch of Online Education through “RESAAS U”